A trip back home: Part 3 – GUESTPOST 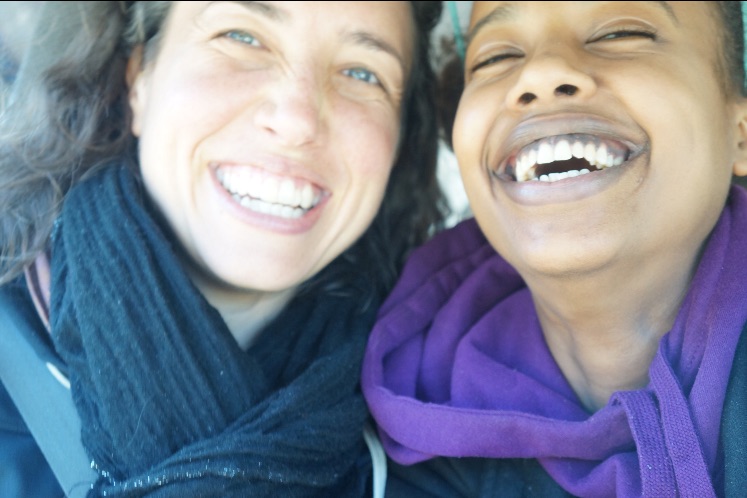 This is Lella’s third guest post about her trip to Ethiopia. Check out part 1 & 2 to keep up with her story! Welcome, Lella

Another day in Ethiopia! After our very delicious and filling breakfast we walked to the bus station we were dropped off at the night before and we got tickets for a minibus to Gashena which is more than halfway to Lalibela. The distance from Dessie to Gashena is 225 kilometers which took us about 5 hours to get there. Once we reached Gashena we had a minor altercation with the bus drivers because they were trying to get away with not giving us our change back and also trying to charge us more to get to Lalibela from there. After that was sorted out we had our lunch and we were yet again on our way to Lalibela. It was quite a bumpy ride. From Gashena to Lalibela it is 64 kilometers, which took us about 3 hours to get there. 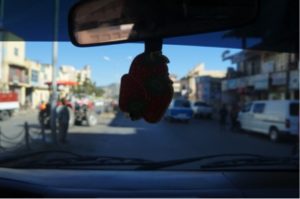 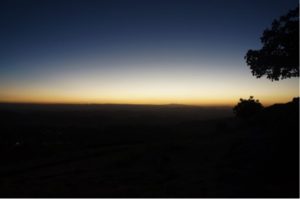 Once we got at our location we met three young gentlemen who guided us to our hotel free of any charge (we made sure to let them know that it was not necessary and that we could find our way, but they insisted and they seemed friendly enough). I got to admit they were a bit of a distraction because they engaged us with conversation and we couldn’t really concentrate on our surroundings, which is something one wants to do in a new location. They also told us a lot about themselves and that one of their birthday is tomorrow. They invited us to a get together the next day. Not sure if that is something they tell every tourist or not and at this point it was irrelevant. Just wanted to let you all know to just be aware. We found our hotel and got all settled in our room. It was time for dinner. 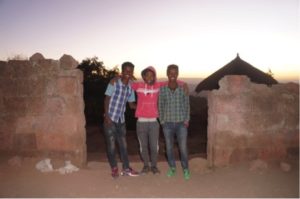 We went out for some food, found a small restaurant packed with people; not for the food but for the soap opera that was airing on TV, and it was for a dubbed one. We went into the other room, had our dinner and left. When finally back to our hotel room, we were tired and ready to sleep.

Woke up and went for breakfast at the hotel we were staying. The hotel was quite the hotel with really beautiful designs, pleasant staff, and nice outdoor scene.

After breakfast, we decided to head on over to the Rock Hewn Churches of Lalibela, aka the reason we came which also happens to be a UNESCO World Heritage Site. After a short walk up we found the office to buy tickets, they charged me 10 birr, while they charged Meg 50$ for entrance. They suggested we get a tour guide to walk us through it all. We got a price of 500 birr.

Our tour lasted for a few hours. The tour guide tried his best to elaborate and explain each and every church we went to. We had a lot of questions, came to a point where our tour guide couldn’t answer them. We happened to be at one of the churches known as Beite Denagel (House of Virgins), there was a priest there (FYI every church has a designated priest), and so our tour guide directed the question at the priest. Our question was “Who is in charge of labeling or deeming one person as a saint?” This question came up because he was telling us how the churches came about, and how King Lalibela was considered a saint. What had happened was, after King Lalibela was born every inch of his infant body got covered in bees, which was understood as being covered in angels and or a sign from above. And when he became king, he slept for three whole days, people thought he was dead but his body wasn’t cold so they refrained from burying him. After three days passed King Lalibela arose and was determined to build the churches, New Jerusalem. As the pilgrimage to the actual one was getting complicated due to the Muslim conquest that was taking place. He also continued to say that it was King Lalibela with the help of angels that built all of the churches. We weren’t sure if the angels were a metaphor or not at this point but needless to say, there were more than angles helping. Which brings us back to why we asked the question we did. After some time spent trying and sort of failing to answer the question, the priest resorted to saying that we have no faith, and one must have faith in order to understand. The closest answer to our question came when the priest said, saints are considered saints based on their actions, or what they have accomplished. Which we can all relate to I think, like the saying says, “Actions speak louder than words!” saint or otherwise.

The other thing that I will mention about the tour is that the churches that symbolized heaven and hell.

For more information about the Rock Hewn Churches of Lalibela please click here.

We checked out of our hotel that afternoon to try and get the bus to our next destination, Gondar. We got to the bus station and must have waited about three hours in hopes to find transportation but to no avail. They informed us that the buses direct to Gondar leave at 5 AM, and we didn’t want to take a bus to Gashena (that location that is 3 hours away from Lalibela) and have to be stuck there over night, as it seemed to be a little town with no hotels in sight. But what we did do is eat three servings of this delicious plate of food, pic below at this home/restaurant that was across the station. 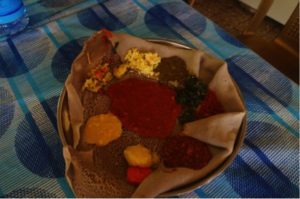 With our bellies full we headed back to the same hotel to check back in. That evening there was a beautiful full moon hanging in the skies, so we decided to grab a beer at the hotel bar and unwind. 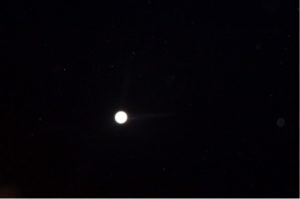 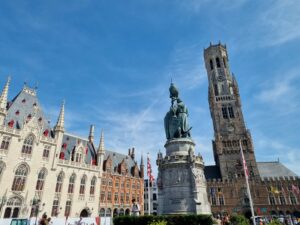 FacebookTweetPin Bruges is an inexhaustible source of beautiful views for those keeping an eye open. There’s a perfect mix between culture, history, and entertainment: that’s 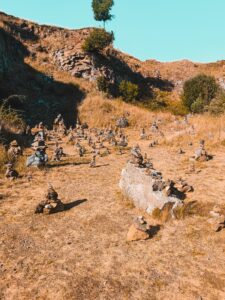 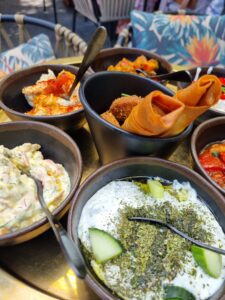 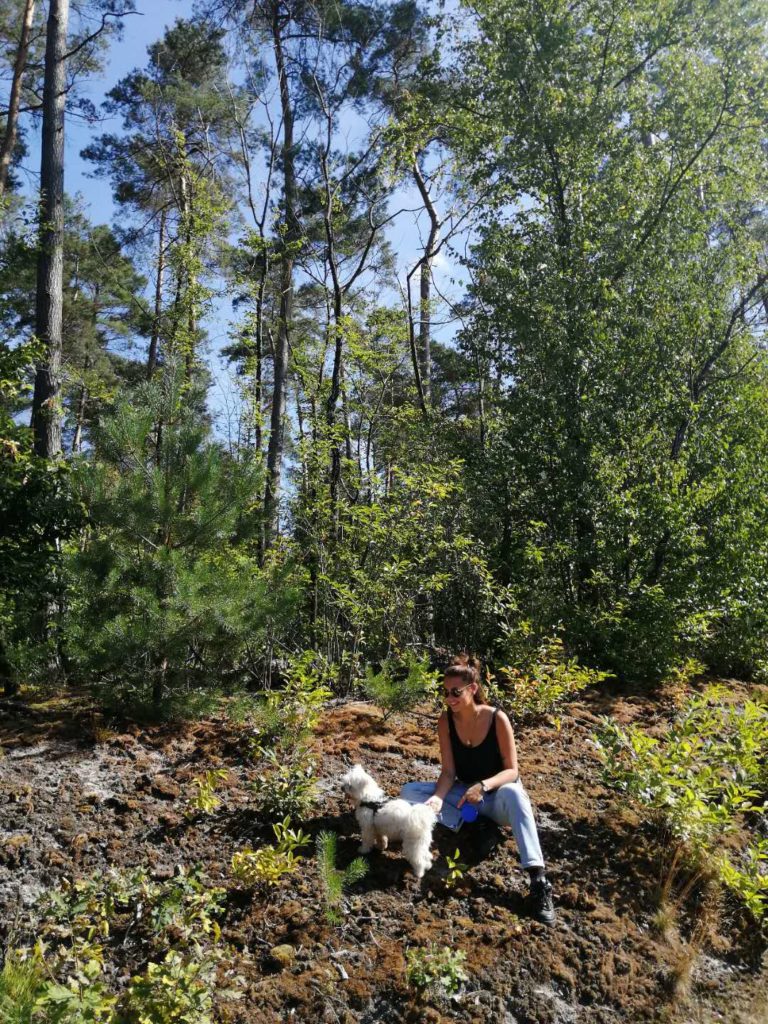 Hi and welcome 🌻I'm Joyce - 25 y/o, living in beautiful Bruges and if I'd have to describe myself I'd say: optimistically impulsive. In my eyes, traveling is a privilege and therefore we are able to positively change our behaviour towards it. As a mindful traveler, I share some articles here and there 🌈 In search of honest, non-commercialized travel information? Find Wegwijzer.be or contact me through joyce@wegwijzer.be 💚I'm here to inspire your adventurous lifestyle - holla at me if you'd like ✌️
My personal favorites

Crystal Ship by Night ✨ a unique walk through th

First Reel 🙃 a short glimpse of a sunny, cosy f